Among the beekeeping fraternity, bee breeding has traditionally followed conventional animal breeding lines, often on a large scale, with attempts to populate areas with desirable strains of honey bee showing desired characteristics. Among the conservation community, honey bees have tended to be regarded as domesticated creatures, uniform and not worthy of conservation.

Coordinated selection and breeding activities have, however, so far mostly focused on the two subspecies A. m. carnica and A. m. ligustica, and the Buckfast hybrid breed. Stock of these breeds has been highly selected for traits of commercial interest, such as honey production, gentleness and low swarming tendency. As a consequence of their good performance, queens descending from these selected stocks are considered highly desirable among beekeepers across Europe, followed by an increasing demand and trade of substantial numbers of queens across the borders of Europe. In consequence, local populations of bees are in many places suffering from hybridization or are even threatened by extinction. Breeding efforts focusing on the local subspecies that would enable improvement of the native stock and might increase its attractiveness for beekeepers are mostly neglected.

Recent research has shown, however, that locally adapted bees survive better than introduced populations, and may therefore be more able to resist the pressures currently causing worldwide colony losses.

The traditional view of bee breeding therefore needs to be reassessed in the light of these findings, with the emphasis on local breeding efforts to conserve and develop local strains of honey bee best suited to local conditions.

The book stems from the work of the COLOSS Research Network for Sustainable Bee Breeding, which has produced a number of key outputs:

The book will be a popular text summarising all of these outputs as an informative manual for beekeepers. We aim at publishing the book early 2019. 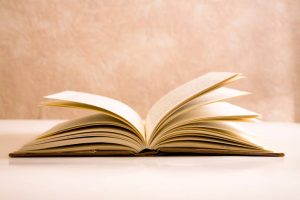