The Western honey bee, Apis mellifera L., is a diverse species, with 26 currently recognized subspecies reflecting the wide variety of ecosystems in its native range of Africa, Europe, Western and Central Asia. Studies of honey bee biodiversity were initiated in the 20th century, with outstanding contributions of two significant personalities: Brother Adam (1898-1996), who collected bees from across the world in search of the “perfect bee”, and Friedrich Ruttner (1914-1998), a scientist who published the work of his lifetime in the comprehensive monograph “Biogeography and taxonomy of honeybees” (1988). This volume is still considered an important reference manual for anyone studying honey bee diversity, but more recently, increasing evidence from molecular methods has added to the picture.

Among the 12 subspecies of honey bees native to Europe, many are being subject to intense pressures from human activities. Meeting the demand for high economic performance, selective breeding for traits of commercial interest is concentrated in two subspecies (A. m. carnica and A. m. ligustica) only. This fact has in many regions led to the replacement of native subspecies by non-native bees. Commercial production of queens, migratory beekeeping and a free market permitting the trade of honey bees with no limitations on genetic origin, are additional factors endangering native honey bee populations. This phenomenon does not only signify the loss of natural heritage and diversity, but may also exacerbate colony health problems and losses. 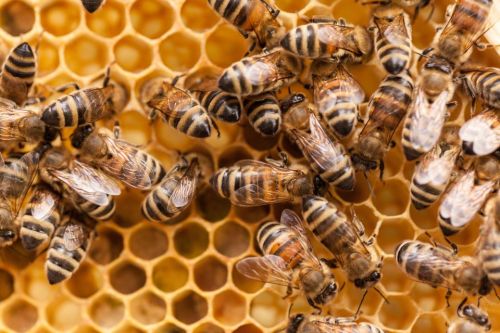 We believe that the safeguarding of bee biodiversity, beyond its ethical and scientific dimensions, is also of high economic interest, because in the long run locally adapted populations are better suited than imported ones to cope with prevailing environmental conditions and health threats, and thus to survive.

We therefore recognise the strong need to preserve local adaptation all over Europe: to achieve this we must encourage regional breeding efforts and find support to maintain local strains of bees in conservation apiaries.